Founded in Germany in 1923, Bärenreiter is one of the largest publishers of classical music, encompassing not only concert repertoire but also educational music, contemporary music, and scholarly works about music. From the beginning, Bärenreiter has worked to preserve the heritage of much of the world's greatest music. Close contacts with musicological research have led to a host of critical complete editions, used extensively by both scholars and musicians all over the world. Scholarly-critical performing editions appear under the “Bärenreiter Urtext” seal of quality, guaranteeing the latest in musicological research prepared in accordance with clearly defined editorial guidelines. 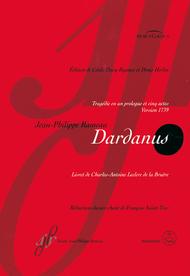 Founded in Germany in 1923, Bärenreiter is one of the largest publishers of classical music, encompassing not only concert repertoire but also educational music, contemporary music, and scholarly works about music. From the beginning, Bärenreiter has worked to preserve the heritage of much of the world's greatest music.

A shining example of Bärenreiter's contributions to music is its Beethoven symphony editions. Though it may surprise musicians, many modern orchestras play Beethoven's symphonies from sheet music containing mistakes handed down from Beethoven's time. Bärenreiter's goal has always been to provide sheet music that reflects the closest possible understanding of the composer's intentions, i.e. to produce an "Urtext", or definitive score. To do so, the editor has to delve into archives to extract the Urtext from a myriad of sources. In the case of the Ninth Symphony, this was a tedious and nerve-wracking process. Some twenty sources have survived: manuscripts, handwritten copies, master copies for the engraving, first editions, and separate instrumental parts. Jonathan Del Mar, the editor of Bärenreiter's Beethoven Edition, scrutinized each of them firsthand. The result of his painstaking work is a score that allows conductors to retrace every single note in the piece. Though this does not mean a completely new symphony, many passages will capture the listeners' attention.

In addition to its contributions to the Great Masters, Bärenreiter maintains a unfaltering commitment to contemporary music. Hugo Distler, Ernst Krenek and Gunter Bialas had their music published by Bärenreiter, and highly gifted composers such as Manfred Trojahn and Matthias Pintscher have also been signed.

The word Urtext means original text. For Bärenreiter, Urtext means that all relevant sources — autographs, original performance parts, and even the composer's sketches — that shed light on the development of a particular work have been meticulously studied and considered.

The range of Bärenreiter Practical Urtext Editions includes full scores, study scores, vocal scores, orchestral performance material, choir music, lieder and chamber music. The works are superbly presented and provide the musician the opportunity to understand and play the music as it was intended to be.