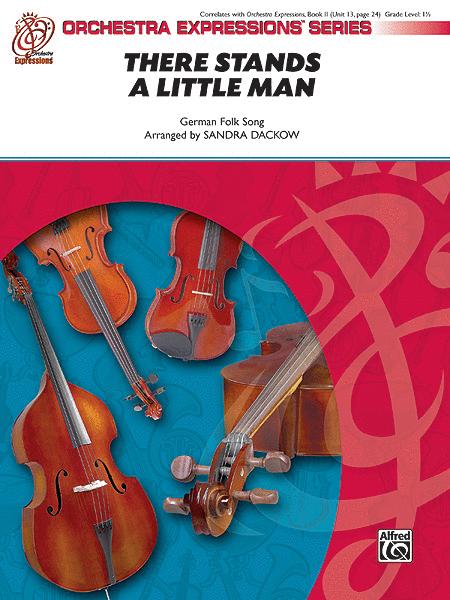 This piece correlates with Orchestra Expressions Book One. Most listeners, young and old, are familiar with "There Stands a Little Man in the Woods Alone," a charming folk song quoted by Engelbert Humperdinck in his opera Hansel and Gretel. The tune is rhythmic, diatonic and unpretentious. This arrangement offers a mix of pizzicato and off the string bowing styles. Much attention is paid to the lower strings. All parts remain in first position and no extended fingerings are required. Some second position fingerings are offered in the bass part to minimize string crossing but these are optional. It is recommended that the piece be performed at a brisk cut time tempo and that all quarter notes be played off the string and at the frog. A third violin part has been included, which is actually treble clef viola. A piano part has also been included, but this should be used only in rehearsal as a support if needed, and not in performance.

Usually leaves our warehouse:
Within 3 to 4 weeks