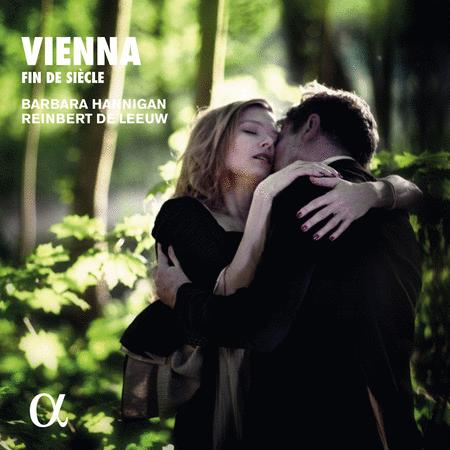 After the huge success of her first album for Alpha, Crazy Girl Crazy (Alpha 293), which received a Grammy Award, a JUNO Classical Award in Canada, the Preis der Deutschen Schallplattenkritik, FFFF in Telerama and DIAMANT in Opera Magazine and was BBC Music Magazine CD of the Month, Barbara Hannigan is back with her long-time collaborator, the Dutch pianist and great interpreter of twentieth-century music Reinbert de Leeuw, for a recital exploring the roots of modern music, with the composers who left their mark on the turn of the twentieth century: Hugo Wolf (Mignon Lieder), Arnold Schoenberg (Vier Lieder op.2), Anton Webern (Funf Lieder nach Gedichten von R. Dehmel), Alexander Zemlinsky (selected lieder), Alma Mahler (Die stille Nacht etc.) and Alban Berg (Sieben fruhe Lieder). From what has been called the Second Viennese School, an incredible mix of musicians, painters, writers and other artists frequenting salons and cafes, a completely new musical language was born. Barbara Hannigan is especially fond of this repertory and has long championed it. Of course, we think of Berg and his unforgettable Lulu: 'The artist who sings', as journalists often like to describe her, embodies this music with her legendary dramatic sense, making each of these lieder a story in itself, even a mini-opera . . .