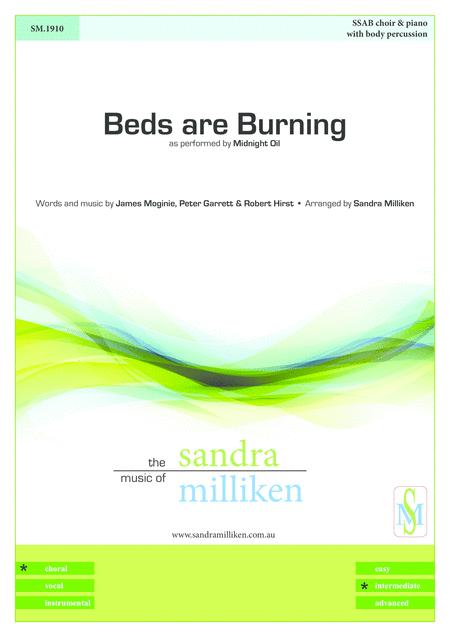 Beds are Burning is a powerful and immediately recognisable song by the Australian band Midnight Oil. It was written by band members Peter Garrett, Jim Moginie and Rob Hirst in 1987 following the band’s Blackfella-Whitefella tour of indigenous communities in outback Australia during 1986.

Following its release, the song peaked at No. 1 in Canada, New Zealand and South Africa, at No. 6 in Australia and the UK, and reached the top 20 in America.

in 1988 Beds are Burning was named ARIA Song of the Year and remains a powerful and recognisable anthem three decades after its release. Its enduring appeal was also recognised when the Australian Performing Rights Association (APRA) placed it third in their Top 30 Australian Songs of all time poll, revealed in 2001 to celebrate the copyright agency’s 75th anniversary.

Beds are Burning focused on the issue of Aboriginal land rights. The words “it belongs to them, let’s give it back” put reconciliation front and centre on the domestic agenda as Australia prepared to mark its Bicentenary in 1988.