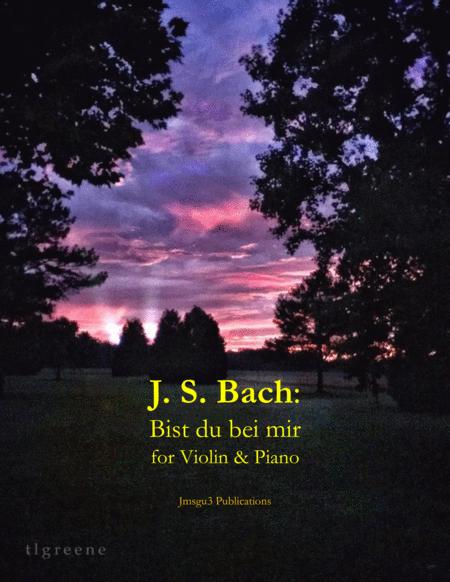 Bach adapted this aria from a lost Stölzel opera called Diomedes. He changed the original orchestral instrumentation to soprano, strings, and continuo.  He also modified the voice-leading making it sound more like a Bach composition. The work appears as BWV 508 No. 25 in the Anna Magdalena Notebook No. 2.

Only a few remnants of the original opera have survived. Historians speculate that Anna Magdalena got the song from the Leipzig Opera after the bankruptcy of 1720. Chances are good, though, that the tune was a favorite of everyone in Leipzig at the time.

When thou art near, I go with joy
To death and to my rest.
O how joyous would my end be,
If your fair hands
Would close my faithful eyes. - Unknown

Register for free lifetime updates and revisions at www.jamesguthrie.com