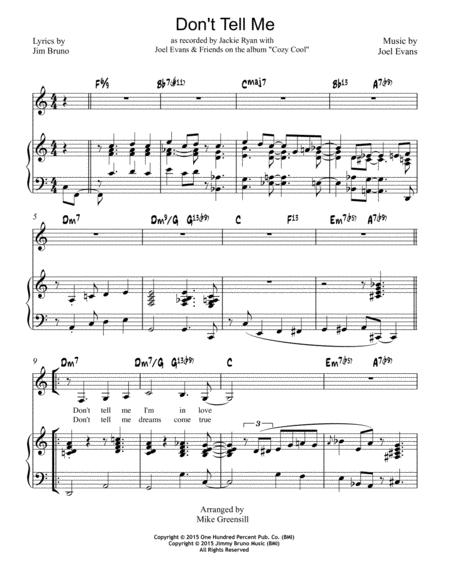 For lovers of the Great American Songbook who wish to expand their listening and performing repertoire - a delightfully endearing new and original jazz song in the "standard" style. As sung by Jackie Ryan, this Piano Vocal Arrangement is a companion to the Joel Evans and Friends CD, "Cozy Cool", which is available on iTunes, Amazon & CDBaby.

Jim Bruno is a San Francisco songwriter whose songs have been recorded and released by Shawn Colvin, Chuck Prophet, Thad Cockrell, Mary Lou Lord, Cliff Eberhardt, Maurice Tani and Laurie MacAlister. He has performed with or opened shows for numerous well-known artists, & tours the US & Europe frequently. He played bass, guitar and sang in the Shawn Colvin Band and recently released his own album of all original songs called 'Alright Alright'. Currently, he teaches Songwriting at Foothill College in Los Altos, California and at the Freight and Salvage, a prominent acoustic music venue in Berkeley, California.