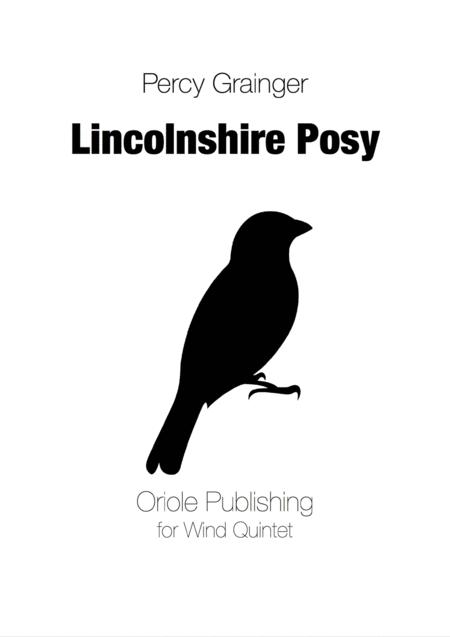 Percy Grainger wrote Lincolnshire Posy, a widely-acclaimed masterpiece that has become a cornerstone work for concert band. Premiered in 1937, the 16-minute long suite has six movements and contains adaptations of folk songs that Grainger had collected when he was in Lincolnshire, England between 1905 and 1906.

The first movement is a brisk, chirpy and in 6/8. It is heroic and serene at times. To bring out “Lisbon”, the contrast between non legato and legato is essential.

“Horkstow Grange” is a beautiful and expansive movement. The wind quintet will do well in this movement with a warm and longing expression. This is a very well-known movement and well-regarded in the wind band repertoire.

This movement is known to be technically challenging with its mimicking counterpoints, unusual rhythms and time signature shifts. Here, the different characters of the winds are best exhibited.

This short and jaunty tune is meant to evoke the image of a strapping young lad striding up the road to meet his sweetheart. It is in the key of B-flat major. It begins with a clarinet choir playing the simple melody. The melody is then expanded upon by the entire band in several difficult ways. One notable occurrence of this is when a solo baritone horn is given the melody while the first clarinets, E-flat clarinet, flutes and piccolos play an incredibly fast sextuplet pattern and arpeggios before it resolves into a fugue-like reiteration of the melody through a solo soprano saxophone and oboe.

This movement is considered one of the most difficult movements of the piece because of its speed and need for accuracy.

A fierce and heavy war song, originally titled "The Duke of Marlboro", that opens in free time, where the conductor motions for every beat in the first section (this portion tends to be memorized) and then moves into a trumpet solo followed by a heavy, repeating motif. This movement slides rapidly into different time signatures including unconventional ones such as 5/8 and 3/8, as well as having sections of free time.

Many of the band members' range abilities are also tested in this movement, as the clarinets play a high G, the flutes play a high B, and on the final chord the top trumpet plays a high C♯.

Like the third movement, this movement is considered so difficult that it could not be performed at the work's premiere by the professional wind band that Grainger had chosen.

A quick, jumpy, straight 3/4 melody with usual accompaniment patterns. It is often conducted "in 1" rather than "in 3". This setting features a constantly repeating motif interrupted by one "bridge" section. Almost every section of the band is featured with the melody in this fast-paced finale.