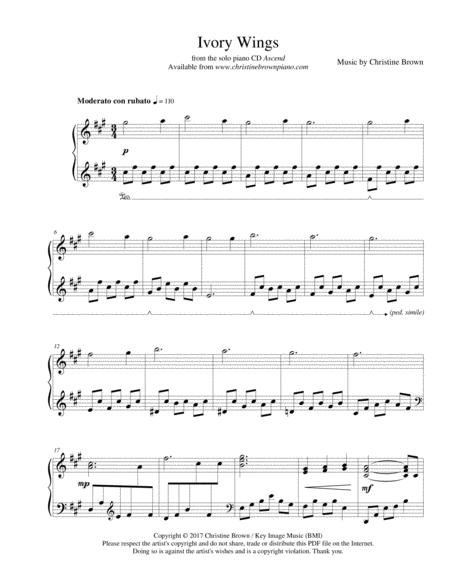 You can find Christine Brown on Spotify, Pandora, iTunes and Amazon, as well as visit her website at  https://www.christinebrownpiano.com/

Since the young age of three, Christine has been fascinated by the piano. Receiving the highest honors given by the Guild National Piano Auditions, Christine's childhood classical training is evident in her melodic and thematic compositions, while rich harmonies reflect her background in accompanying various choral groups. From Chopin to Joplin, her influences were varied and many, and she also enjoyed creating her own arrangements of popular songs. While earning a business degree at the University of Colorado Boulder, Christine was inspired by George Winston's new age genre of solo piano, yet the piano remained only a hobby for many years. "In 1990, my mother requested a cassette tape of my piano music for her birthday, so I went to a local recording studio. It was then that I rediscovered my passion for playing the piano, and I realized my gift to her was really her gift to me." Sadly, her mother passed away just months later. Christine immersed herself into the piano to comfort her grief and voice her emotions, releasing heartfelt compositions that captured listeners. These early compositions were featured on well received solo piano compilation albums, Piano Portraits (1992) and Summer Stories (1994), distributed by Sugo Records. Christine was inspired to release her own solo piano CD, Winter Tapestry (1997). Married and raising two young sons, she also arranged collections of children's songs, Childhood (2004) and Childhood II (2011), Believe (2004), Christmas On My Mind (2004), and Piano Stories (2006).

Christine's fans have written, "There is a richness to your sound, a refined elegance and passionate intelligence that could only come from working hard at your craft, " and ”...her music is vibrant, colorful and full of life. Skilled at the art of blending chords and note progressions into beautiful aural tapestries, her music is at once a welcome retreat from the mundane and ordinary. Her emotions come through her music...and through her music, she is able to reach out and touch the hearts of millions of appreciative piano music fans."