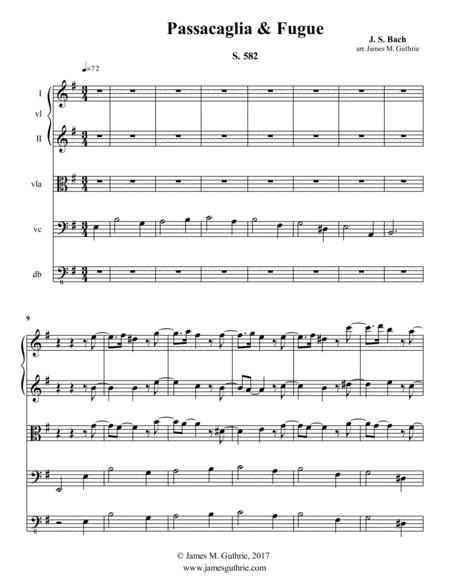 Passacaglia & Fugue S. 582 the famous organ work arranged for string orchestra. This is a show piece of truly gigantic proportions that will totally amaze any audience lucky enough to hear it. Score: 43 pages Duration: 12:18

Bach scored this piece for organ at some point during the first two decades of the 18th Century. Some historians suggest that Bach wrote this piece after studying the works of Buxtehude in Lubeck. This is because of Buxtehude’s interest in ostinato forms. Therefore, he probably wrote this in Arnstadt upon returning from Lubeck