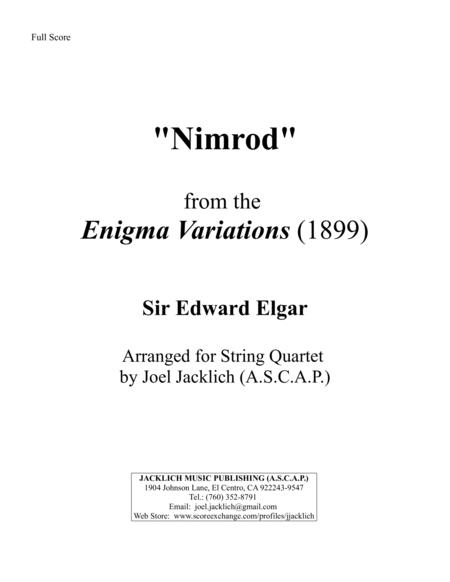 The story is told of how Elgar, returning home from giving violin lessons, sat down at the piano and, to unwind, began improvising. Alice commented favourably on the tune that emerged and Elgar responded by suggesting how certain of their friends might play it. Out of that spontaneous exchange grew the idea of the Enigma Variations, the work that finally secured Elgar’s reputation as a composer of national, even international, standing. It remains one of the most popular works in the classical repertoire.The Ninth Variation - "Nimrod" represents A. J. Jaeger, Elgar’s great friend whose encouragement did much to keep Elgar going during the period when he was struggling to secure a lasting reputation - the variation allegedly captures a discussion between them on Beethoven’s slow movements.This piece has long been associated with official state mourning in Britain, and is used for state frunerals, much as Samuel Barber’s "Adagio for Strings" is used in the United States.