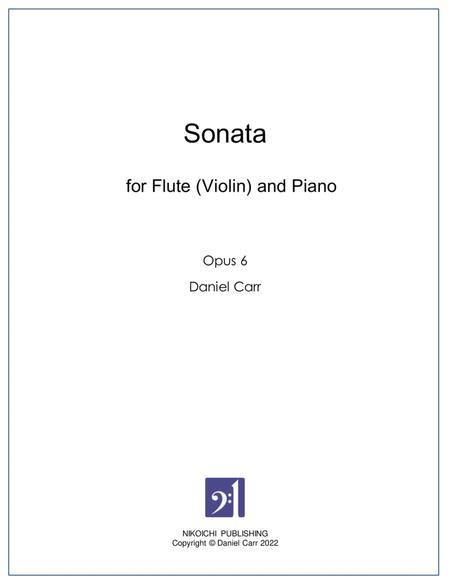 The Sonata for Flute and Piano is the longest and most complex work I have composed for Flute and Piano. My goal for this piece was to push myself as a composer, and to push both flautist and pianist to their absolute limits – both musically and technically. The flute is capable of much more than just being “pretty” – and in this work it depicts violence, drama, joy, sorrow and heroism. Extended techniques are used throughout the sonata (aire, percussive tonguing, pitch bends, harmonics and flutter tonguing) but always within a tonal framework.The first movement starts out peacefully, as if beginning a legend, with a folk-like and serene melody. The second and third themes are more percussive and rhythmical – the flute and piano engaging in a violent, interlaced dance in a section marked Allegro Swordfight. In the recapitulation, the first theme reappears in much more dramatic form. The second movement begins with a forceful march before a darker and more cabalistic middle section emerges. The movement builds to a formidable climax in the final measures. The third movement begins simply and quietly, offering a respite from the energy of the first two movements, and quoting themes from both of them. It then leads attacca (without pause) into the final movement, which surges forward relentlessly before a lyrical section provides the flute an opportunity to soar above wave-like arpeggios in the piano. The piece ends on an ethereal note, with flute and piano hovering near silence in their upper ranges.